One of the key and often very much underestimated assets of working in agile teams, whether working on products or projects, is the idea of sustainable pace. In my view, sustainable pace targets at making sure that, even under time pressure, which is not rare in software development, the team remains it’s cool. For those of you who have been part of agile teams, you will have noticed that achieving sustainable pace is not always easy.

In traditional, waterfall-oriented projects big trouble usually isn’t discovered until late in the project. Especially when project phases have deadlines that were outlined at the start of the project. When earlier phases take more time than expected, there is less time than originally planned for building and testing the functionality. I’ve seen projects where developers were working nights and even weekends to get the code out on time. Essential activities such as unit testing are skipped to make the deadlines, and new developers are added to the team, resulting in temporary lowered productivity (remember Brooke’s Law?). And even worse, testing quite often gets totally jammed, when the testing phase is shortened from a couple of months to a few weeks, just to make the final deadline. Worst case: I witnessed a project where field beds were installed on site, so developers and testers did not have to commute, but could literally stay at their workspace to get the project done. So much for sustainable pace.

By setting sustainable pace as an essential value, agile teams are attempting to move away from these horrible experiences. Basically, we use the mechanism of sprints that have a well-defined start and end, to achieve this sustainable pace. At the start of a sprint the team defines how much effort the next backlog items (usually user stories) will require, and only plan to do so much work as the team can handle. When estimated and planned well, the team should be able to deliver what is discussed during the next two or four week sprint. What most teams do to achieve a proper estimate is to break the backlog items into smaller items (usually called tasks) that can be handled by individuals from the team. Next the team estimates the amount of effort required for doing the task. In hours. Then these hours are added up and matched against the number of available hours during the upcoming sprint. Sounds like a decent and easy to implement procedure, right? 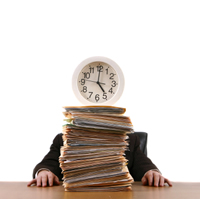 However, it’s not as easy as it looks. I’ve witnessed many teams who weren’t able to deliver what they agreed on at the start of their sprint. One of these teams even has a name for sprints that don’t end “right”. They refer to them as red sprints, where, you could guess, they refer to green sprints if they actually make the self-opposed deadline. When I first talked with this team they’ve had six red sprints in a row. Go figure. The team was legging behind more and more, and had been doing overtime for four of these six sprints. Motivation dropped. To me this sounds more as burn-out then burn-down.

There’s a number of reasons why such red sprints occur:

All of this can attribute to having multiple sprints color red. An having no sustainable pace either.

From sprints to iterations

So back to the drawing board. The question is: do teams have an alternative if the “standard” sprint procedure fails? I strongly believe they do, after having worked with many teams that moved away from “traditional” sprints. Let me illustrate this.

As it is very hard to plan the exact amount of work even for a two or four week period, and still be able to round off all this work before this period finishes, why not move to a backlog item oriented approach? Where the realization of individual backlog items becomes more important than having green sprints or red sprints. Where it is less important to exactly have your backlog items done within the scope of a single sprint. Where work on a backlog item simply continuous during the next sprint, if it isn’t done yet. Or even moved back to the backlog, when they appear unclear. So how would this work better?

This is where sprints become iterations (again).

This post was published in SDN Magazine in The Netherlands, and in The Agile Record in Germany, Switzerland and Austria.

One thought on “Burn-down or burn-out”