If you, are working in technology, like me, there’s a chance that you live under the impression that our field changes faster than you can keep up with. Once you have learned how to work with the latest version of a technology of your choice  – not even having mastered it – it will have evolved into a newer version, or even has been out-performed by another newer technology. I still remember when I first started investigating frameworks such as ember.js and knockout.js just a couple of years ago. At one time, not so long ago, they were the flavor of the month, until angular.js took over. From that point on, the world of JavaScript changed again.

From a higher perspective

But if you look at it from a somewhat higher perspective, in my opinion, the world of technology actually doesn’t change that fast after all. Let me illustrate this with some examples. With the introduction of programming languages such as Smalltalk and C++ object orientation was going to make it and rule the world of programming. However, it took until Java appeared on stage in 1996, and later C# in 2002, before the majority of programmers really picked up the concepts of object orientation. In 2002, object orientation was already around for more or less 35 years. Hardly a fast change, is it?

And what about JavaScript? The language that everybody now tries so hard to adopt and master? With new frameworks coming out every month, if not every week? It originated in 1995. Yes, next year its 20th anniversary will be celebrated. And it took at least 15 years before JavaScript finally really caught on.

What does history tell us about agile?

So what does the history of our field tell us about software development methodologies? Let’s start with waterfall. Although the term waterfall wasn’t mentioned in it, we consider the white paper Managing The Development Of Large Software Systems by Winston Royce to be the root of all evil in this case. Royce wrote his famous white paper in 1970. And although we left the waterfall heydays behind us, the model has been in use for over 50 years. And still is.

Skipping a generation of more iterative programming methodologies from the eighties, what does history tell us about agile? There are a lot of organizations where agile, extreme programming and Scrum are considered to be revolutionary or even disruptive. Still in 2014. The truth however is that agile is not exactly brand new either. Most of the agile approaches that we are so familiar with now first appeared n the second half of the nineties of the last century. Scrum as we know it, was first named Scrum in 1995, but the approach had already been described in 1986. Which means its ideas are almost 30 years old. Not really brand new either.

Presented with the facts that our ways of working change only slowly and that new ways will continue to be discovered, why is it so many people act as if the current state of agile is the final solution for all our problems. Scrum will solve all project managements issues, JavaScript will take over the world of programming, and with micro-services architectures we will finally be able to deliver on all of the promises component based development and service orientation made us. Following this point of view, organizations are setting up for the current state of agile, and forget to look beyond the ideas of the current generation of approaches. They will spend lots of effort to institutionalize Scrum, or maybe the enterprise editions of agile featured in SAFe or Agility Path, and stop to look further. As long as we do Scrum in all our projects, we’ll be fine.

You probably will be fine indeed for quite a while. But that’s not what the historical view on our field should teach us. Rather it is what Jack Sparrow in Pirated of the Caribbean teaches us: It’s not so much the destination, but the journey. No approach, technology or framework will ever be the one to rule them all, not even angular.js. There is no disruptive revolution. There is only a continuous chain of small evolutionary steps building on top of previous ideas and foundations. 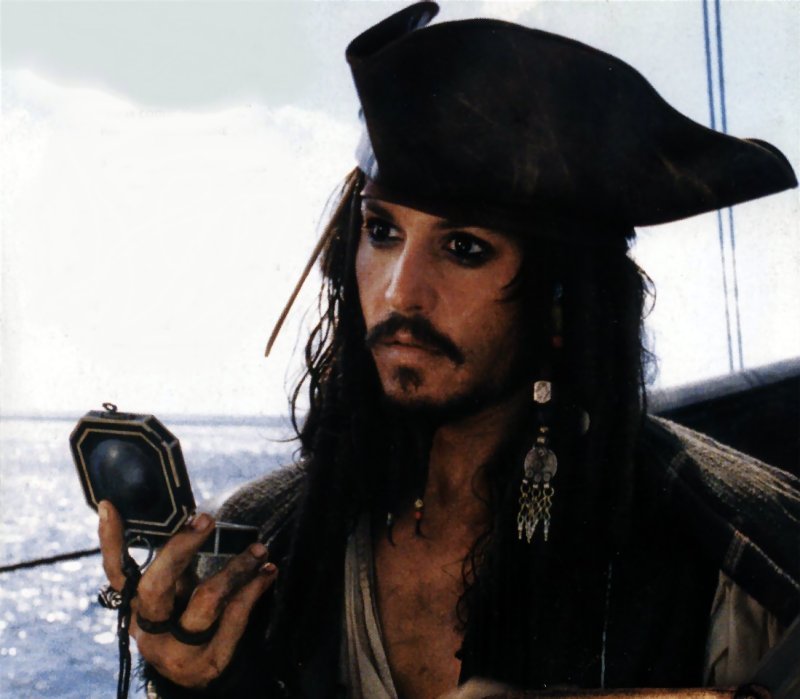 Having been in agile projects for over fifteen years, I see quite a lot of these interesting steps on my path. Let me try to explain a few of them:

So, do these little steps mean Scrum doesn’t work? They don’t. Scrum and Scrum-like approaches do work for a lot of organizations, projects and teams. However, these little steps should tell you not to stop at standardizing and institutionalizing agile. They should tell you that after twenty years, there’s more than meets the eye to agile projects. Time to move on again.

What if you would stop working in sprints? No two or four weeks mini-projects anymore to deliver a fully working piece of software. What if you would just pick the next backlog item from the product backlog as soon as there’s time available to start working on it. What if you would project the different activities on your backlog items in columns on your dashboard, and track the progress of the items by following their flow through these activities, instead of just saying they’re in progress? Dashboards such as the one below – taken from my current project – will give you such a projection. 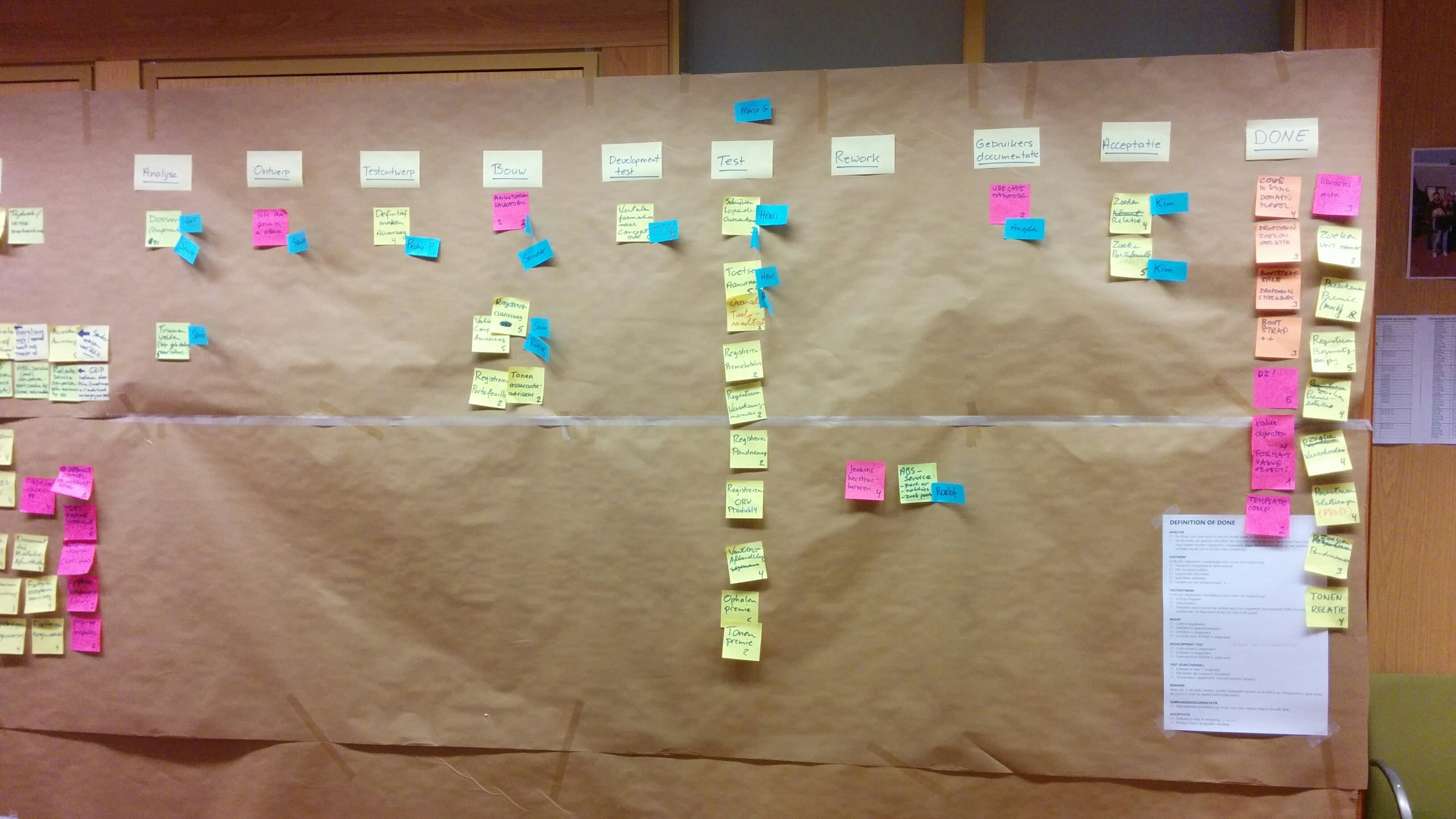 There’s a lot of benefits in using this approach – and yes it does resemble Kanban:

The end of Scrum?

An interesting question rounding up this little history lesson is whether flow-based approaches herald the end of agile and Scrum as we know it? They don’t. Not yet, that is. Just remember how long waterfall approaches have ruled the earth. They’ve been around for 50 years, and are still in use. Scrum and agile are much younger, they are “only” in their twenties and thirties, so they will be around for quite some time. Your Scrum Master training is not a waste of money yet.

But in my opinion teams, especially teams with a wealthy experience in agile, will slowly start taking the next steps in delivering software. With a pipeline set-up and a flow-based approach to delivering individual backlog items, I think the need for working in sprints, and even working in projects will slowly fade away and make place for newer experiences. Remember Jack Sparrow’s words. Don’t get stuck on some agile tropical island. It’s the journey that counts.

2 thoughts on “Jack Sparrow and the End of Scrum”