Despite misunderstanding and resistance of his space-flight loving people president Barack Obama recently aborted the Constellation space program. The Constellation program targets at putting humans on the moon again, for the first time since 1972, with the ultimate goal of possibly planning a manned trip to Mars in 2025.

Although I had never heard of the program, after reading the news on his decision I understood Obama perfectly. As a software developer his motivation to stop this over-ambitious project makes perfect sense to me. The Constellation program is extremely complex, and several deadlines and budgets have already been exceeded, apart from the fact that it is unclear whether the final goal can actually ever be achieved. As Obama said: "Constellation is over budget, behind schedule, and lacking in innovation.” 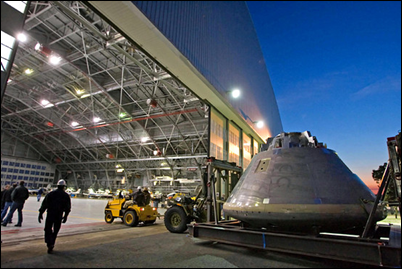 Doesn’t this sound familiar to you? Any of  us computer professionals will at some point in our career have been near or even in one or more of these mammoth projects. Over-complex, a repetition of earlier moves – similar to a project replacing an outdated system by a newer system that will deliver exactly the same functionality. Putting a man on the moon? Didn’t we do that already way back in the 1970’s?

And don’t forget setting incredibly unrealistic goals for the project.  Obama’s predecessor Bush originally offered the proposal as: “Constellation sets out to vastly reduce the costs of further space exploration." In the long run, planning a manned flight to Mars in 2025 is not much different than an international bank starting a 25 million Euro project migrating all of their mainframes before 2020 with the ultimate goal of “vastly reducing the costs of further IT exploration.” We might at some point in time reach these goals, but it’s very hard to predict when, and at what cost.

And, last but not least,  you will of course have recognized the endless expiring deadlines and budget overruns. No example needed here.

Still, the big question is: who will stop a running (and failing) project when millions have already been invested in it? Weren’t we already 80% finished? Perhaps true – but weren’t we already finished 80% one-and-a-half years ago? 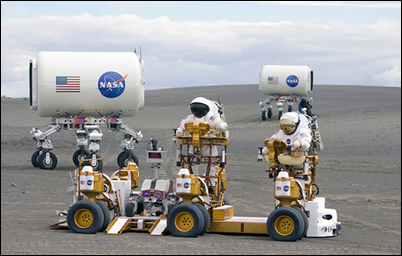 With the current state of the economy, and the pace at which new and changing requirements and technologies fly by, organizations should definitively re-think. Where do these over-ambitious mammoth projects actually lead us? On average, such projects seldom deliver more than 20% of the originally planned requirements, but at multiple times the original costs. Quite simply, we can no longer afford ourselves these lingering multi-million Euro spending projects that don’t deliver.

Maybe it’s time for some humility when it comes to setting ambitions in IT projects. It’s about time we set more realistic, realisable targets, perhaps be a bit more agile, and especially simplify and standardize our IT projects and architectures. It is like in literature: writing is deleting.